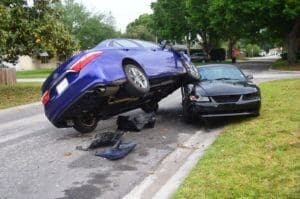 TALLAHASSEE — Floridians are driving more and getting into a lot more accidents, and they’re paying the price with rising car insurance rates that are already among the nation’s highest.

Premiums have risen 14 percent statewide since Jan. 1 of last year — nearly the exact opposite of the ubiquitous TV commercials offering savings of 15 percent or more on car insurance.

On McCarty’s watch, which ended May 2, the Office of Insurance Regulation approved dozens of rate increases in the past year and a half. The average for the 25 companies that write most car coverage in Florida is a 13.8 percent increase.

“They constantly raise my rates,” said Donna Dugan, 67, of St. Petersburg, a claims-free customer of State Farm for 35 years whose policy just went up by $120 a year.

“That’s a lot of money, especially when you are on Social Security that did not get a raise this year,” she told Gov. Rick Scott in an email. “When is anyone going to help the consumer or care about them?”

Since 1972, Florida has required all drivers to carry $10,000 of personal injury protection, or PIP, to cover minor accident claims, regardless of who was at fault.

Known as no-fault insurance, it was an attempt to clear the courts of accident-related lawsuits and get payments to victims faster.

Four years ago, Scott and the Legislature retooled the law to attack rampant PIP fraud, especially in Tampa and Miami, that was blamed for increasing premiums.

But after rates fell in the first two years after the bill’s passage, PIP premiums have risen by nearly 15 percent since Jan. 1 of last year. One major carrier, Allstate Fire & Casualty, has raised PIP rates 40 percent.

PIP accounts for about one-fourth of a total premium’s cost, the state has said.

Lynne McChristian, the Florida representative of the Insurance Information Institute, an industry group, said the average no-fault claim in the fourth quarter of 2015 was $8,280, nearly matching the figure of $8,520 in 2011 before the new law took effect.

McChristian said car insurance rates are rising all over the country, especially in the Southeast, and she cited the drop in the unemployment rate as the main reason why crashes are increasing. “It’s an unintended consequence of low unemployment,” she said. “You have more people with jobs to go to.”

The state is commissioning a $125,000 study as it renews a perennial debate over whether no-fault should be repealed as it has in most other states.

“It’s time to look at other options,” said Sen. Jeff Brandes, R-St. Petersburg. He filed a bill in the 2016 session that would have replaced PIP with higher bodily injury coverage, but it never gained traction.

As Florida’s population gets bigger every year, more people are driving and state data shows they are driving more than ever. They drove a record 551 million miles each day in 2014, the most recent data available.

Across the state, car accidents rose last year by nearly 9 percent from the year before, according to the Department of Highway Safety and Motor Vehicles, which promotes safe driving with outreach campaigns such as “Distracted Driving Awareness Month” in April.

Crashes increased by 14.6 percent in Broward, 12.7 percent in Hillsborough and 9.5 percent in Pinellas. Miami-Dade, cited in numerous surveys as the home of some of the worst drivers anywhere, reported a modest 5.4 percent spike in accidents.

“There’s just more traffic,” said Detective Alvaro Zabaleta of the Miami-Dade police. “The more time you spend on the road, the more likely you are to have an accident.”

Crashes caused by distracted driving also are on the rise, even after passage of a new law in 2013 that made texting while driving illegal.

State Farm, the dominant insurer in Florida with $2.4 billion in premiums last year, said its losses have been climbing for several years.

“We’ve seen an increase in claims costs,” company spokesman Michal Brower said. “We must appropriately match our rates to the amount of risk we’re insuring.”

According to insure.com, Florida’s car insurance rates were fourth highest among all states at an average of $1,742 in 2015. Only Michigan, Montana and Louisiana were higher.

In a recent filing with the state, Allstate Fire & Casualty proposed the use of a mileage rating system, similar to what it uses in New York state, to link premiums more closely to how much its customers drive.

“Risk is highly correlated to the number of miles you drive each year,” Allstate spokeswoman Cathy Mayo said. “This change will allow us to rate more accurately for a risk.”

Florida has a taxpayer-funded consumer advocate who looks out for policyholders, but Sha’ron James, who works for Chief Financial Officer Jeff Atwater, has not questioned a car insurance rate hike. She has only intervened in homeowners and workers’ compensation rate cases.

Asked why by the Times/Herald, she said she will pay closer attention to car insurance rate filings.

“That is something we may do moving forward,” James said. “We will definitely be taking a closer look at it.”

Car insurance rates in Florida fell after a new law in 2012, but over the past year, premiums have risen sharply.