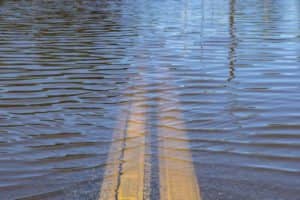 As Congress tries to figure out how to change the federal flood insurance program to encourage more private insurer involvement, one insurer isn’t waiting to wade deeper into the private flood insurance business. Florida-based HCI Group is looking to take its Florida flood insurance experience and proprietary insurance technology to nine additional states.

Currently, the company offers flood insurance solely in Florida, where it has about 4,000 policies. It writes flood both as an endorsement to its standard homeowners policy in its established homeowners subsidiary, Homeowners Choice Property & Casualty Insurance Co., as well as standalone flood coverage through its TypTap subsidiary, a proprietary insurtech online platform to quote and bind policies.

“A core part of our long-term strategic plan has been — and continues to be — expanding and diversifying our operations geographically. We believe expansion into additional markets will leverage our proven business model, as well as our internally developed technology,” said Paresh Patel, HCI Group’s chairman and chief executive officer.

HCI is targeting middle-market homes, not preferred or high-end properties. Middle-income residents on the water are the ones “who really need the help,” Mitchell said.

HCI will be expanding regardless of potential changes to the National Flood Insurance Program (NFIP) to encourage more private insurers to sell.

“We need the competition. We can’t write every risk,” Mitchell said.

While the insurer has been writing flood policies in Florida since 2013, HCI ramped up its effort in April 2016. HCI is betting on TypTap and its technology to help capture market share. “The technology is the big thing,” Mitchell said. “It really hit a chord with agents.”

TypTap makes it easy for agents to sell and property owners to buy flood coverage — potential customers type in their address then only need to answer three questions and pick an agent from a dropdown menu to purchase the policy.

The technology is important, but TypTap also competes with NFIP on coverage and pricing. TypTap offers replacement cost on contents, no 30-day waiting period, and no elevation certificate. The coverage also offers a loss of use component, which isn’t available through NFIP policies, up to $500,000 on the building limit, and up to $250,000 on replacement and contents with underwriting approval.

According to Mitchell, TypTap can price its policies competitively because of its experience, its pricing models and perhaps because it does not have the burden of past losses from Katrina, Sandy and other storms that NFIP must surcharge policyholders to cover. NFIP is about $24 billion in debt.

“You have to be competitive,” Mitchell said. “You’re not trying to surcharge the customer to make up for underwriting mistakes.”

Mitchell said it’s “unfair” for new policyholders to have to pay for NFIP’s debt. “That’s not their fault,” he said.

Mitchell said technology is key. “You have to have the tech right to make it really work,” he said. “If we had a great flood product but everyone had to send in an ACORD form, it just wouldn’t work.”

He said that his company has not had problems satisfying lending requirements with its policies because it is an admitted carrier. Policyholders and agents also appreciate the “long-term commitment” HCI has made to the flood market.

Florida accounts for 37 percent of the NFIP’s policies, and leaders in the state have complained that its homeowners pay into NFIP more than they get in return and pay disproportionately higher rates than the rest of the country.